That does not excuse the ISIS brutal killing of innocent people, particularly children.

I think we all are. We have all allowed ourselves to ignore the growing disparity between the region of the Middle East and the Western World. We choose to ignore the way in which the West has manipulated the Region for its own benefit.

ISIS was always going to happen under any name and even without ISIS misuse of the ‘Word of God’.

That does not excuse the ISIS brutal killing of innocent people, particularly children.

However, if we want to defeat the root cause of terrorism then we must defeat that which causes it; we must ensure human rights are equal for all.

ISIS have to be defeated. They have chosen a road which will kill anybody who stands in their way.

A lot depends on the Taliban and America. Time will tell.

He bloodied red with his once life

An American Marine so far from his home

But with his Nation at his side

These are the lyrics to the songs I have written that one day the United Nations General Assembly, the Security Council and the Torture Committee will hear as part of a testimony to a motion that seeks Justice for cruel and inhumane acts supported and allowed by a Prime Minister(s) and President(s) – Time, the Truth and the Law will decide the Justice.

He lay there in the dust and sand

He bloodied red with his once life

An American Marine so far from his home

But with his Nation at his side

And that of so many others too

His comrades they stood in silent salute

Their tears cried out …Why?

Why Mr President are we still dying in Afghanistan?

Mr President how many more Marines have to die

How many more Marines Mr President have to die in Afghanistan

Before there is an end to the war in Afghanistan?

In the hills stood a Taliban

His tears of pain for his daughter

For she lay alongside the Marine

Both dead from his IED – an IED that he had layed

In the hills a Taliban stood alone

His tears a flood of pain

When President Trump and Taliban

Will there be an end to the war in Afghanistan

When President Trump will the dying in Afghanistan end

When will there be a Peace in Afghanistan

A Marine from Georgia USA

Did die for his Nation

The Children and Young People of The Gaza and Israel

Children and Young People of the Gaza and Israel

A history not of your making, but now it owns your future

No rockets of Hamas or bullets from Israel

Will your futures make, only more lives to die,

Young People and Children of the Gaza and Israel

You own the future, it belongs to you,

Now you must also own the Peace

The future belongs to you

Let it be one of Peace not War

The future be yours to make

Let there be no more war

Young People and Children of the Gaza and Israel

Together take steps of Unity on the Road to Peace

There is no future without you together

How many more children have to die

In the bloody war of Yemen

Do you care Theresa May

Do you give a damn Nikki Haley….Still writing

My name is Tommy, I’m Tommy the Dolphin

Oh Children of the World I need your help

Everyday your plastic is slowly killing me

Oh children no more plastic in our beautiful seas

Rights and associated matters. The songs I am writing will form part of that address.

With over one million Afghanistan men women and children killed by the conflict which began in 1979 and has never ended it is the unmistakable conclusion that we owe the people of Afghanistan a Peace. 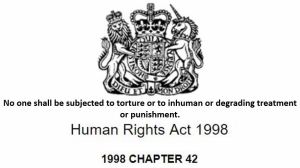 This is my answer to the Q on Quora.

With over one million Afghanistan men women and children killed by the conflict which began in 1979 and has never ended it is the unmistakable conclusion that we owe the people of Afghanistan a Peace.

There are no ifs and buts. America, Russia, China and Pakistan have proven themselves chillingly unwilling to provide the forum and the system to ensure that Peace and the fight against terrorism can co-exist.

ISIS are not – they are unwanted guest of both the people of Afghanistan and the Taliban. ISIS cannot continue roam the Middle East trying to find a people onto which to force its mistaken culture of God.

If ISIS want an Islamic State they they should form one with the people not against the will of the people.

However, if America does not peruse a dialogue of co-operation with the Taliban then the result will be an ISIS, Taliban and Al Qaeda trifecta of insurgency which could result in a Terrorist Superpower.

Peace in Afghanistan is long overdue for the People who have endured the longest conflict in modern times.

Are they better off? No.

The West and in particular the U.K is now at an even greater risk of terrorist attacks than when ISIS was a capable Military Invading Force.

This is my answer to this Question on Quora.

Unfortunately not. Nobody from ISIS signed a surrender document. ISIS’s military capability as an invading force may have been reduced but now the terrorist attacks will intensify.

The West and in particular the U.K is now at an even greater risk of terrorist attacks than when ISIS was a capable Military Invading Force.

Without the use of hard borders the European Union continues to put its citizens at risk from a new reformed ISIS.

ISIS is not Al Qaeda. Their roots come from very different forms of the use of the Quran and they have both different paths to what it is they want.

ISIS is secure in the knowledge that it acts for God. ISIS continues to rewrite the Quran with no alternative available for those who seek God as a shelter for their discontent and anger with the ‘Evil of the West’. Which is why Theresa May and the U.K Security Services have put Citizens at risk by ignoring my ‘New Perspective’ of the Word of God.

The Taliban would be the West’s best hope of an eventual defeat of ISIS but the U.S in the absence of a reformed United Nations is going it alone in Afghanistan.

A proxy war in Afghanistan between Russia and the U.S looms ever closer with Russia and China both funding the Taliban.

ISIS is a cause with its own martyrs. It will now be recruiting a whole new group of supporters from within Europe, Asia, Northern Africa and the U.S. with its own page in history as its beacon.

Given time ISIS will be even more militarily capable than it was in Iraq and Syria.

If we are to defeat ISIS than Russia, China and the U.S must be on the same page in Afghanistan.

I do not underestimate the Taliban. A 16 year old boy who watched as the Russians invaded his homeland of Afghanistan in 1979 and who fought the Russians and then the American and the British as well the troops from many countries of the World is now 54. He is of the most experienced and battle hardened warriors in the World.

My answer to this Question on Quora

I do not underestimate the Taliban. A 16 year old boy who watched as the Russians invaded his homeland of Afghanistan in 1979 and who fought the Russians and then the American and the British as well the troops from many countries of the World is now 54. He is of the most experienced and battle hardened warriors in the World.

When a young Marine is on duty in Afghanistan he is facing an enemy with a cause, a history and a future. What is the young Marine going to die for?

I have total respect for the American Soldier who is prepared to die to stop the spread of terrorism. But it is not right that America alone should be prepared to do what many other countries do not do in order to stop a rising terror.

The Taliban and ISIS are not the same. One is a cause for a homeland the other is a ideology for a purpose that has no place in Afghanistan or anywhere else in the World. Yes the West has often used its military might for strategic vested interest rather than regional stability and ISIS was born out of a flawed American Foreign Policy but terrorism must be stopped.

The U.S will not defeat terrorism by fighting the Taliban. A dialogue must begin that will ensure the Taliban denounce terrorism and America stops bombing innocent Afghanistan civilians.

This is my answer to this Question from Quora.

The Taliban have a relationship with the history of Afghanistan and a vision for its people.

ISIS is made-up of a group of people from different countries who want to force their vision of an Islamic State into whatever space they can find.

As for ideology ISIS apply an out of context development of ‘key phrases’ selected from the Quran to situations in history and then take the people they want to support and die for them back to that time.

The Taliban live in 2017 and apply the teachings of the Quran to the people as a development of its mortality and principles.

U.S policy in Afghanistan is creating an alliance between the Taliban and ISIS which the Taliban do not want but are being forced into in order to fight the U.S. The Taliban have been fighting since 1979. They will never be defeated. How can you defeat a people who will die for their Country and all it means to them.

It is also why it is important that a new development and understanding of the ‘Word of God’ is developed to counter that of ISIS. However, this is lost on the likes of U.K Prime Minister Theresa May and MI5 who I believe do not understand how to defeat terrorism. Their solutions of increased force and security will not stop those who consider ISIS speaking on behalf of God from wanting to support and act for them.

I have tried to make that point to the United Kingdom Government and MI5 but they do not even reply with an acknowledgement – ignoring the obvious is short-sighted and dangerous.

ISIS and the Taliban are very different. But the U.S is bringing them together when it should be talking to the Taliban in order to assist division – after all China and Russia are. It is not Chinese or Russian troops who are being killed in Afghanistan it is American. It is time to move on.