Will a developed Brain to Computer Technology become the New Terrorism 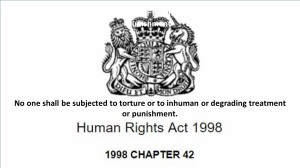 Q. Why have I written this?

A. Because I care about our World and the National and Global Security that is needed to ensure that mankind has a future. I perceive the somewhat ‘strange’ attitude of the United States and U.K Security Organisations such as NATO and the CIA/MI5/6 to the ‘Runaway Effect’ of Brain 2 Computer Technology to be a liability to both National and Global Security. I can find no logical reason to explain their lack of understanding of what will if not controlled become a threat to Global Security other than they have been ordered to ignore its development – which in itself a contravention of their own Statutory Requirements to safeguard National Security.

Runaway Effect. An inbuilt organic exponential growth which accelerates as it extrapolates to the point where it becomes a critical mass whose growth cannot be that of a controlled technology but that of an uncontrollable virus.

Brain to Computer Communication is a fact. It is not Science Fiction. We can no longer consign it to the realm of ‘tin hats’ and ‘fanciful imagination’. Research into deciphering the electrical impulses from the mind began in 1875 by Richard Caton who was a British physician. Canton was crucial in discovering the electrical nature of the brain and laid the groundwork for Hans Berger to discover Alpha wave activity in the human brain.

Hitler and the Nazis also carried out the same research. At the end of WW2 1600 Nazi Scientists involved in weapons and associated research went to America with Operation PaperClip . Some were involved in mind research.

Operation Mk Ultra was the CIA’s Public incursion into Brain to Computer Research. The operation began in the early 1950s, was officially sanctioned in 1953, was reduced in scope in 1964, further curtailed in 1967, and officially halted in 1973.

In July 2017  the U.S.A. Defense Advanced Research Projects Agency DARPA awarded $65 million to develop the perfect, tiny two-way brain-computer interface. That is of course what we are told. No doubt the reality is that in 1875 Governments and Military learned of the possibility of being able to read and control the mind. It is highly likely that Governments and other interested parties have been investing in Brain 2 Computer Research from as far back as the early 1900’s. DARPA Brain Initiative is contracted out to the Private Sector. What are the safeguards in place to ensure a hostile agency, Country or Group have access?

A. Nobody knows and that is why the CIA and other Nation’s Security Services must conduct an urgent audit of its progress. Brain 2 Computer Technology has the potential to be more dangerous than nuclear weapons. Why? Because it can be used to control nuclear weapons systems.

In the Research Laboratory the Technology may be hardwired. However, in the real world of Technology Criminal Exploitation a Developed B2C Technology could be  transmitted with an implant that was fitted to a U.S.A.F Fighter Pilot when he was asleep, in a hospital on a operating theatre, when he was in a crowd, when he put his clothing on or when his wife could fit it whilst he slept.  The implants are so small that they can barely be seen by the naked eye. You do not have to be a rocket scientist to come to the conclusion that at some point in time the B2C Technology will become organic and children will be born with it. All wired up, ready to be used and controlled.

Recently Elon Musk has invested in NeuraLink to also develop Brain 2 Computer Technology. My concern is that as we have not fully developed the Brain’s Capability all his research will do is prevent the natural development of the mind and increase the security risk of Brain 2 Computer Technology. Once a person is implanted with a connection that connection can then be accessed by anybody including those who may not operate in the best interests of National and Business Security. AI is not capable of original thought and never will be. AI will never be able to produce a new idea. Only the Human Brain has imagination.

The National Security Agency website states ‘Defending our Nation. Securing the Future.’ Really NSA ? Type in the words ‘ Dangers of Computer to Brain Technology’ into the NSA website search engine. What do you get – nothing. No warnings, no discussion not even a mention that somebody in your next business meeting could be ‘connected’ or your next Navy Seals Operation could be Wi-Fi’d to the enemy.

Q. How many People since 1875 to present day (2017) did not and have not survived  Research into Brain 2 Computer Technology?

Q. What has happened to all  those who have been experimented on?

Q. Is it possible to encrypt the information flow from the mind and ensure it is not  accessed by those who are not acting in the best interests of National and/or Global Security?

Q. Is Brain 2 Computer Technology a massive research program being undertaken by many Governments all over the World and which has no safeguards?

That is the problem. Our ‘intellectually challenged’ Governments do not appear to understand the ‘nightmare’ of what they developing and spending $millions and $millions on. The nightmare of Brain to Computer Technology is that is able to be used by anybody with a computer and the software for receiving and transmitting information from the Brain – and for many in our morally deficient world everything has a Price and many including ISIS and Al Qaeda as well as Criminals will pay it.

When the Commander of a United States Navy of the Ohio Class fitted with active strategic thermonuclear warheads next goes to the dentist and is put under could somebody insert a computer to brain implant into him? He would never know. Would an Intel Handler at R.A.F Northwood, Pine Gap in Australia, The Pentagon or GCHQ know? Were Intel handlers at any of these Security Installations checked for a developed Computer 2 Brain Technology in the last 24 hours, 48 hours, last week, last month, last year? Ever? Is there a Research Group carrying out Brain 2 Computer Technology Development who has access to Security Facilities?

The Brain 2 Computer Technology cannot and must not be allowed to be developed ad-hoc. Governments must ensure they know who is developing it and where and at what stage the development is at.

Personally I believe it all to be a waste of time and money. It has no benefit to mankind. Its only use is control and intrusion. But regardless of my opinion as to its real benefits to the progress of mankind the Security Implications are not merely an opinion. They are dangerously very real.

Brain 2 Computer Technology transmits visual, audio and mind information in binary form it can be accessed by anybody before it gets to the receiver . A bit like Wi-Fi is hacked into. Who has it fitted. Do you?

Warning: My urgent and immediate advice to those in Government, the Senior Military and the CIA/MI5/6 is to immediately audit and verify all research and all personnel in all fields of the Sciences and Behavioural Research who are or may be involved in Brain 2 Computer Research. This is necessary in order to account for the propagation and development of brain to computer technology. I believe this to be of the highest priority in order to maintain National & Global Security of those Nations with have nuclear and chemical weapons.

This is the summary of concerns listed in Wikipedia of Brain to Computer Interface.

Ethical considerations
Important ethical, legal and societal issues related to brain-computer interfacing are:
Obtaining informed consent from people who have difficulty communicating,
risk/benefit analysis.
Shared responsibility of BCI teams (e.g. how to ensure that responsible group decisions can be made).
The consequences of BCI technology for the quality of life of patients and their families.
Side-effects (e.g. neurofeedback of sensorimotor rhythm training is reported to affect sleep quality).
Personal responsibility and its possible constraints (e.g. who is responsible for erroneous actions with a neuroprosthesis).
Issues concerning personality and personhood and its possible alteration.
blurring of the division between human and machine.
Therapeutic applications and their possible exceedance.
questions of research ethics that arise when progressing from animal experimentation to application in human subjects.
Selective enhancement and social stratification.

These are my own concerns:

Mind-reading and privacy in Government, Business, Banking and Military.
Mind-control by allowing Terror Groups or Criminal Groups to Control and Direct.
Use of the technology in advanced interrogation techniques by governmental authorities,
Control of all Communication to and from the media.
Memory Loss and the development of only ‘controlled memory’ as the end of Free Thought.
Organic Development by insertion of bio engineered control system to allow complete control of brain electron circuits.
A new form of human physics which transforms mind motor neuron control to manmade body components whilst retaining the human form for structure.
Replacement of key individuals in Government and Military with Human Robot Controlled Humanoids.
The Eventual Replacement of Mankind as ‘Free Thought’ in order to save it from its own destruction by a Power Elite who seek their own Survival and Destiny through Total Control.
Total Power controls absolutely and must control all that is capable of Free Thought if it is to survive.

Time and events will prove if my warning was right or wrong. However, can we as People allow a Brain 2 Technology be developed which ‘Creates mankind in the image of whoever controls the Technology’? I describe Brain 2 Computer Technology as a virus. Its rate of development is now exponential, it’s fitting to minds is unrestricted, its potential for control by a Group or Power who do not want democracy is only restricted by the amount they want to pay for its developed use. The danger of Brain to Computer Technology to the future of mankind can be measured in the megatons of TNT per metric ton of nuclear weapons.

What should be our greatest concern is that our Governments and their Security Agencies seem to be unaware of the dangers of a rapidly developing technology which has the real potential to access any mind anywhere at anytime. From the Nuclear Command systems of a submarine with nuclear weapons to the cockpit of a B52 Bomber armed with nuclear weapons Brain 2 Computer Technology has the potential to access every mind everywhere.

A creation by my sister Bea Last Artist to which I have added my music. To me my sister’s creation is the plight of refugees everywhere.

Sometimes we as a World have to remind ourselves of what we can achieve when are one people united. Now is one of those times.

Sometimes they have to be told

The Risings By Desmond Last

So What by Desmond Last

March of the Risings By Desmond Last